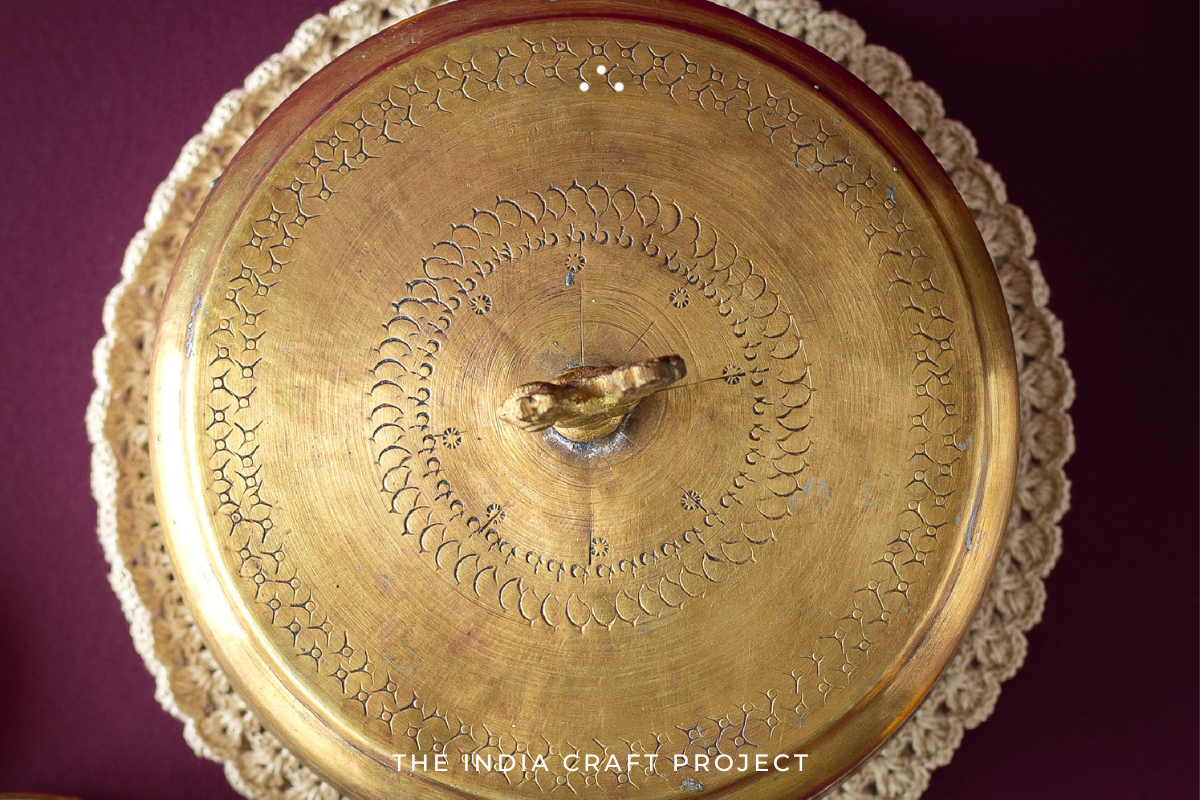 The sun peeking through the Banyan tree is showering rays of golden glitters. For Ila, one of the members of the Gadiya Lohar community, the day started much earlier. Her five-year-old boy will join her soon with his little hands helping his ‘maa’ (mother) create a ‘peetal’ (brass) ka Dibba. “Ek naya order jo aaya hai… “(a new order has arrived).

Most of the Gadiya Lohar have a similar start to their day. As a nomadic blacksmith community, they are often seen to roam around the parts of Rajasthan and the Malwa region in Madhya Pradesh. The community is known for its historic association with the legendary Maharana Pratap. They have contributed significantly during the Haldi Ghati war and helped the ‘Rana’ in his operations. It is said that they took three ‘Pratigya’ (oaths) in front of the Maharana, whose legacy they still carry today, one of them being the driving force of choosing craftsmanship as an occupation.

The three promises were to feed their families by working hard, eating in earthenware, not picking up objects from the street, and traveling in bullock carts with their ‘khatiya’ kept upside-down. To fulfill these promises, the community started selling and making these utensils to earn their livelihood. The community also has certain traditions and belief systems. For instance, they avoid buying or selling iron on Saturdays. As the day is associated with their revered deity ‘Shanidev’, it is often considered to invite anger and ill luck if the metal associated with the deity (iron) is meddled with on Saturdays. Ingrained beliefs and pride of the community have made them withstand the ravages of time. 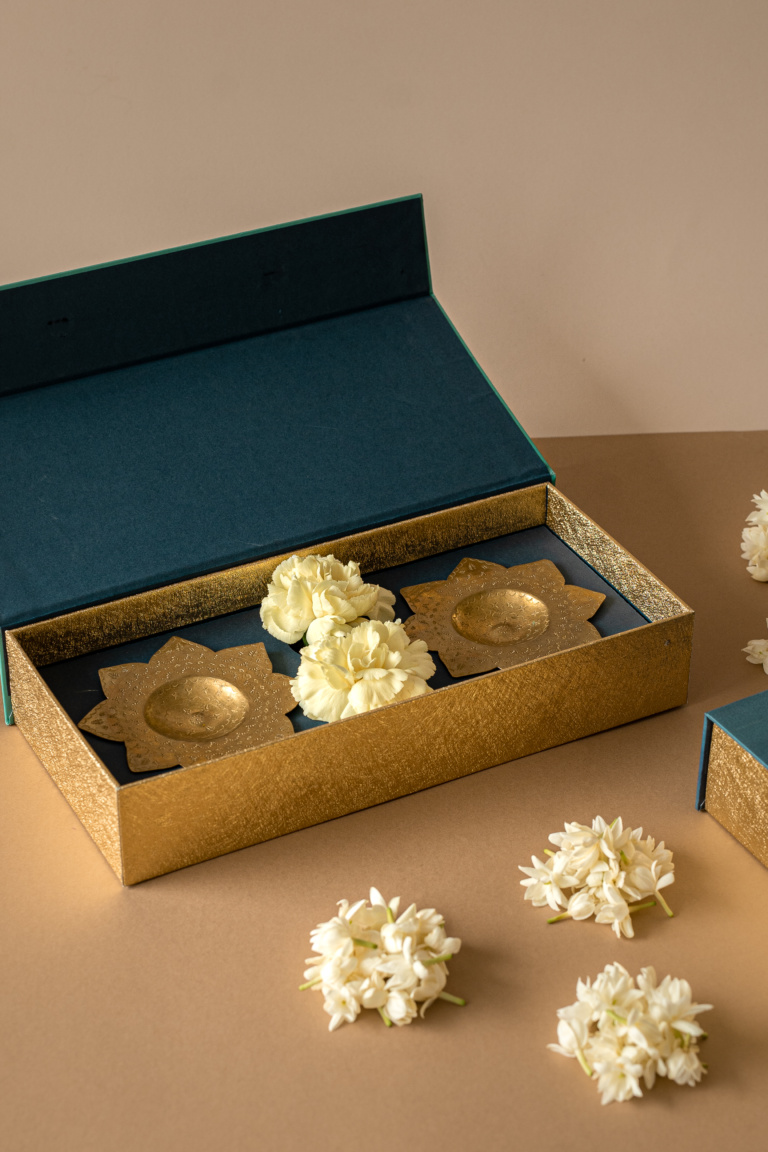 As time passed, society changed significantly and the Gadiya Lohar community is no exception. They have diverted the trajectory of their occupation from selling utensils to making beautiful artifacts out of them. Unknowingly, the community has brought sustainability into their daily lives and incorporated the same in their crafts. The raw materials for their crafts are usually sourced from local ‘junkyards’. Metals that they buy from these places include iron, brass, etc. They also buy utensils to reuse and recycle. Then, they make a mound of ‘bheegi mitti’ (Wet soil) to build a make-shift open-air furnace. The sourced metals are then heated on it till it is red-hot and agile. These are then thrashed to be molded into desired shapes. Sometimes the metals are molten and remodeled into new and more aesthetic metalware.

The beating process that is a must to reshape the hot metal, requires two craftsmen. One holds the metal piece with special pliers called ‘Chutki’ and the other strikes the metal to obtain desired shapes. Sharp rims of the products are made by localized heating of the desired area to be sharpened. This is again followed by hammering until the edge is thin yet strong and sharp. The Gadiya Lohar community has also created beautiful small stamps that can create intricate patterns conveniently. The stamps are brought in contact with the surface of the metal and a mild blow of a hammer brings out the stamped pattern onto the surface. Small holes are punched out from the artifact using another tool called ‘Sumbi’. The product is finally done after smoothing the surface. 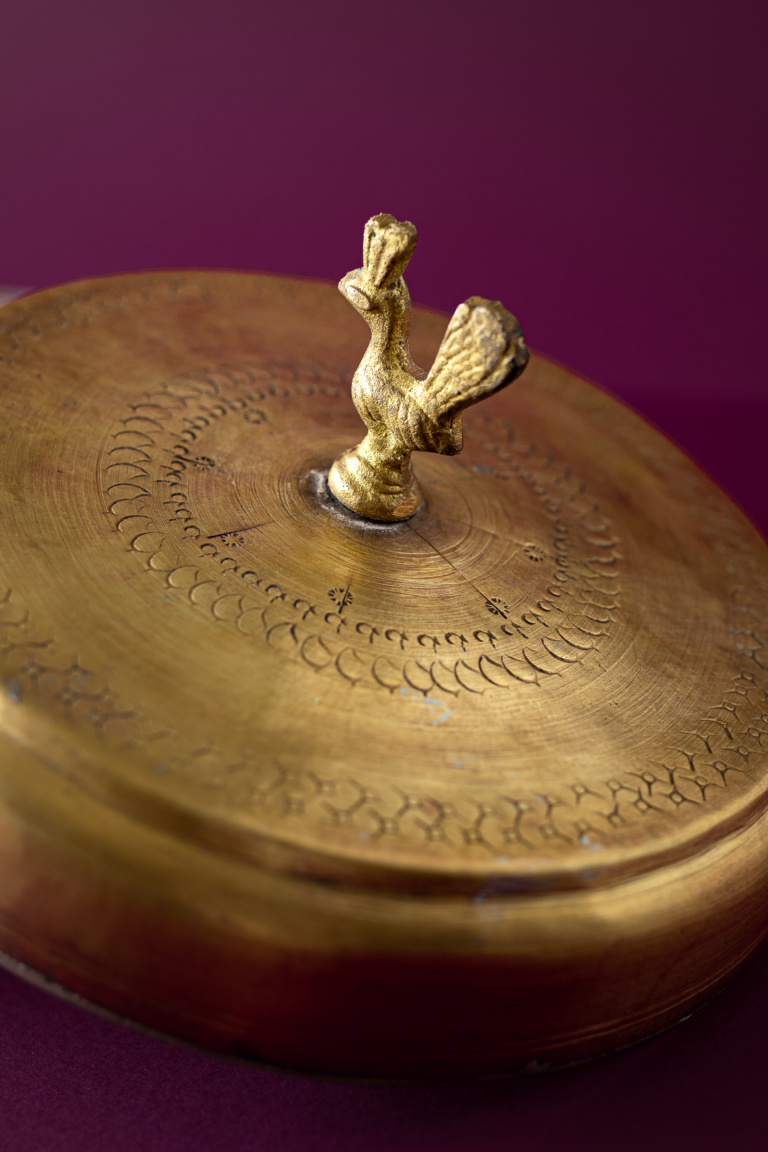 The Gadiya Lohar community continues to fulfill its promise to the Maharana. Leading nomadic lives, the education of the children often gets affected. Moreover, the craft requires severe hard work under the scorching heat of the furnace as well as the sun. Not only do they make artifacts like Brass boxes, and Diyas, rather, they also make their own tools, keeping forth a true example of self-sustaining craftsmanship. A blind eye to the deteriorating conditions of the Gadiya Lohar is a constant even during the present times. The silver lining on the cloud is the small-scale industries and organizations that are coming forward to highlight their meticulous zeal in their craft. However, the Gadiya Lohar continue to combat numerous social, financial, and operational challenges, while giving their best to carry on with the age-long promise.

Kutch – A Lesson in Self-Reliance and Resilience