Kutch – A Lesson in Self-Reliance and Resilience

The etymology of Kutch is derived from the word Kachhua (tortoise) due to its geographical shape. It is one of the few unique landscapes in the world which is surrounded by desert in the north and sea down in the south. Kutch is an ancient landscape – with evidence of it being inhabited dating back to the Jurassic era. Fossil remains of a unique dinosaur theropod were found by geologists in 1981, later to be known as ‘Rajasauras’. Kutch is, also, home to the archeological city of Dholavira from the Indus valley civilisation.

Dholavira boasts of a unique Harappan architecture with thick fortified walls to provide protection against any oceanic calamities along with channels for rainwater harvesting and storage of water for future use.This geomorphological evidence suggests that the inhabitants of Kutch had been facing drought like conditions since ages.

Most of us have penned – ‘Stargazing in Kutch’s White Desert Festival’- in our bucket lists and rightly so, because this unique white desert was, in fact, historically part of a water body but was created as a result of movement of tectonic plates over centuries.

Adjacent to the great white desert of Kutch lies Asia’s largest grassland, Banni. The beauty of this bio-cultural landscape lies in the symbiotic relationship between the flora, fauna and the maldhari community. This relationship has led to the inception of various vibrant and eclectic craft products for their everyday use that has the world in awe! The stunning mirror work embroidery unique to this region also happens to be India’s most exported handicraft products!

Due to the harsh environmental conditions, the primary profession of Kutch’s inhabitants has always been pastoralism. The local pastoralist community is called Maldhari. ‘Maldharis’, literally means keepers (dhari) of livestock (mal). They are nomadic pastoralists and animal breeders. They herd banni buffaloes, kharai camels and other breeds of cow, sheep as well as goats that have become tolerant to harsh arid landscapes with conscious breeding over generations.

The panoramic successions of sunsets and struggles have led to Kutch becoming a craft paradise. But what’s interesting is the stories of inception and sustenance of various crafts practices that braved the harsh climatic conditions. We have all been familiar with the 4000 year old famed Ajrakh block printing technique which has been said to have been found in King Tut’s tomb. But do we know that it’s also known as a local Maldhari uniform. The heat resistant fabric keeps the body temperature of the travellers balanced during their long journeys through the arid desert. But have you ever wondered how Ajrakh, a craft that requires tons of running water, prospered and sustained in this dry habitat?

‘Necessity is the mother of innovation.’ The community has their own water management system called Virda (‘Khu’ in the local language). It is an indigenous technique of underground well which is dug up with the help of men from neighbouring villages. A mud channel is made which leads to a water drinking unit for the cattle and a storage unit for perpetual use, on the ground level. As a practice that’s been followed for decades or more, it inculcates the spirit of togetherness and harmony as a community.

An ingenious example of ‘Kutchi Resilience’ was the barter system which formed the framework for their economic and trade ties. For example, the sub caste Meghwal would collect the carcasses of dead animals from the maldhari and process it into beautiful leather products like jutties or Mashk (water pouches) to keep water cold during their fodder quest. Even the buckets used to pull the water from the Virda are made up of leather along with its ropes. In return for the services rendered by the Meghwals, the maldhari would share the dairy products with them.

Another beautiful example of Kutchi collective consciousness is evident in the making of metal bells. The metalsmith makes sure that the copper bell chimes in a unique way for every Maldhari! The bells come with a lifetime warranty and help the maldhari locate their cattle during the nightly grazing. All the livestock are adorned with these bells, thus providing a local market for their craft. Again, the metal workers would receive dairy products as barter for their metalwork services.

The wool from sheep and camels is used by local hand-weavers to make shawls and rugs. They are famous for their desert landscape designs and are known as Kharad – meaning carpets, in the local language. These rugs help combat the harsh desert winters too. The local felt wool craft, embroidered to adorn the backs of camels and horses in Kutch is called Namda which is also used to make prayer mats.

Another inventive example of how land always harbours its caregivers is the discovery of archeological remains of an indigenous, resilient, rain fed breed of cotton which is commonly known as Kala cotton. It requires lesser water, has higher tolerance to pests and the waste products leftover from processing this cotton becomes the fodder for the cattle. The farming and weaving of kala cotton has been revived recently in the last few decades.

The bio-cultural landscape of Banni has been nominated for UNESCO’s world heritage tag. It’s a true embodiment of ‘Living heritage’ – a unique self sustaining landscape that is a pitara of vividness and exuberance of the nature-culture journey.

Maldharis of Kutch are few of the last Indigenous communities ofthe world that have decoded their natural surroundings and have interwoven nature into its all cultural practices. Not a single natural element goes to waste. We strongly believe that this community and its traditional knowledge system must be safeguarded for inspiration to drive future communities towards resilience and collective consciousness – an example worth emulating.

Kutch is known for its self sustaining ecosystem and is mentioned time and again by some of our leaders to emphasise on self reliance.The wonderful display of nature’s cultural journey, of how man and nature coexist in a mutually beneficial way brings back the thought of how ‘All our solutions are in Nature.’ The synchronicity of its ecology and economy is a visual delight.

Tanya Kewalramani hails from Kutch and is a heritage enthusiast who aims to share everyday grass-root stories of artisan communities and their traditional knowledge systems using more interactive forms of communication. Her love for travelling and museums led her to pursue Masters in Heritage Management. She goes gaga over historic bazars, chocolate cakes and fairy lights. 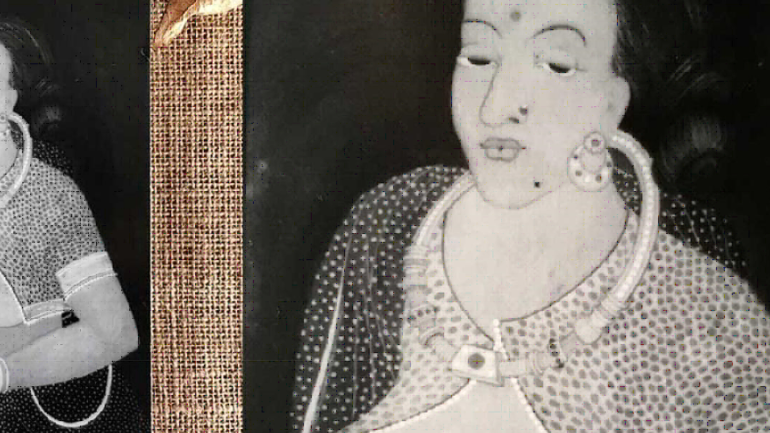 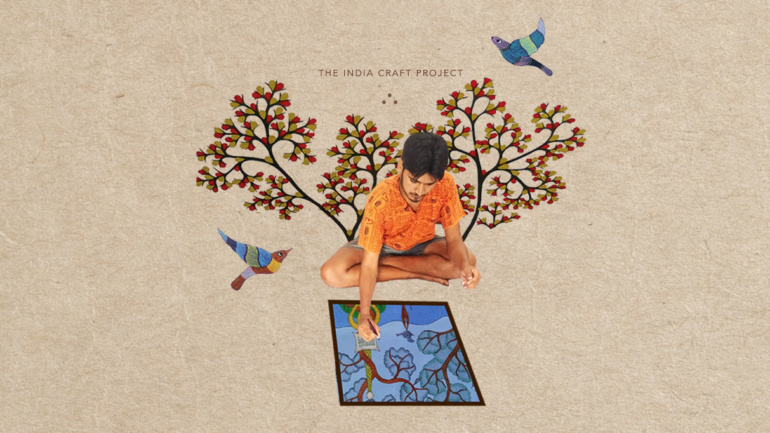 Looking Between The ‘Lines’: Deciphering Gond