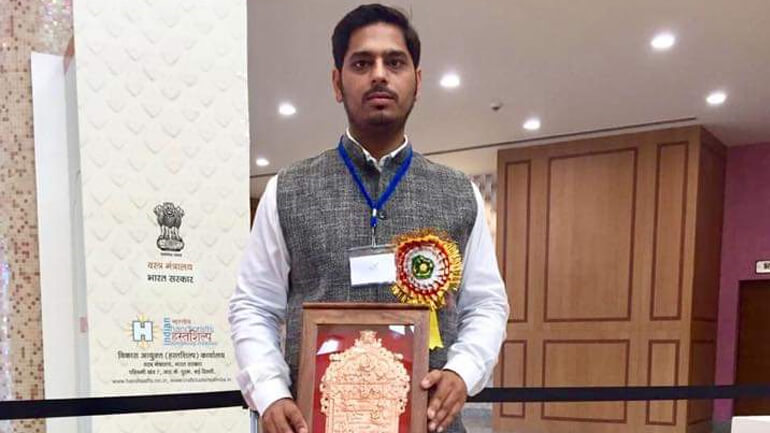 Kamaljeet Ji is a famous and award winning artisan who works with wood – specialising in the inlay work. He and his two sisters started working under the tutelage of their father Rupan Matharu from their middle school years. His family was keen on Kamaljeet Ji picking up a job different from the work of an artisan. With this in mind, Kamaljeet Ji decide to pursue the trades by enrolling in the Industrial Training Institutes (ITI), becoming a metal turner/fitter. A failed partnership with the owner of a generator-parts manufacturer led to him to quit the business. The high expenses and low returns meant that the business couldn’t be sustained in the long run. Meanwhile, on the advise of a relative, Kamaljeet was advised to pursue a certificate in mechanics and move to Dubai. However, life had other plans for him when this offer also fizzled out. By the time Kamaljeet Ji married, in 2007, he decided to put his heart and soul into the family work of wood inlay. The year 2009 was a tipping point in Kamaljeet’s life when a table that he made with the help of his father and guidance from Baldev Krishna (their mentor) won him a National Merit Award. He further went on to win several more honours from the MSME and the KVIS. The awards bought recognition to him and the the benefit of being the supplier for the Central Cottage Emporium in Delhi as well as other prestigious international expositions at UK (2012), Brazil (2013) and Morocco (2020). ﻿

Kamaljeet Ji is the youngest men in Hoshiarpur to attain the honour of being awarded a National Award and also be felicitated on the same occasion where his father Rupan Ji was awarded the Shilp Guru award. The hard came as a result of a table and chest of drawers made in inlay work by the father-son duo!

Kamaljeet ji has always been inspired to pick up the wood inlay work due to the intricacy of the motifs inlayed as well as carrying the legacy of his father and grand father onward. In the past few years, there has been many changes in the industry due to increasing mechanisation, however, Kamaljeet Ji maintains that due to the high costs associated with the procuring machines, wood inlay work would still be a handcraft driven skill. There are some processes such as the wood cutting/finishing and planing which have been mechanised and helped in reducing the drudgery of craftsperson. Most of motif cutting and filing processes are still manual as the mechanised forms require a scale in excess of 1000 pieces to become worthwhile to purchase. Lack of finances mean that the average craftsperson still depends on a bunch of manual processes to make the pieces. 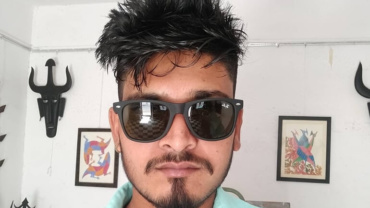 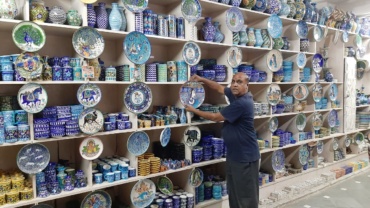