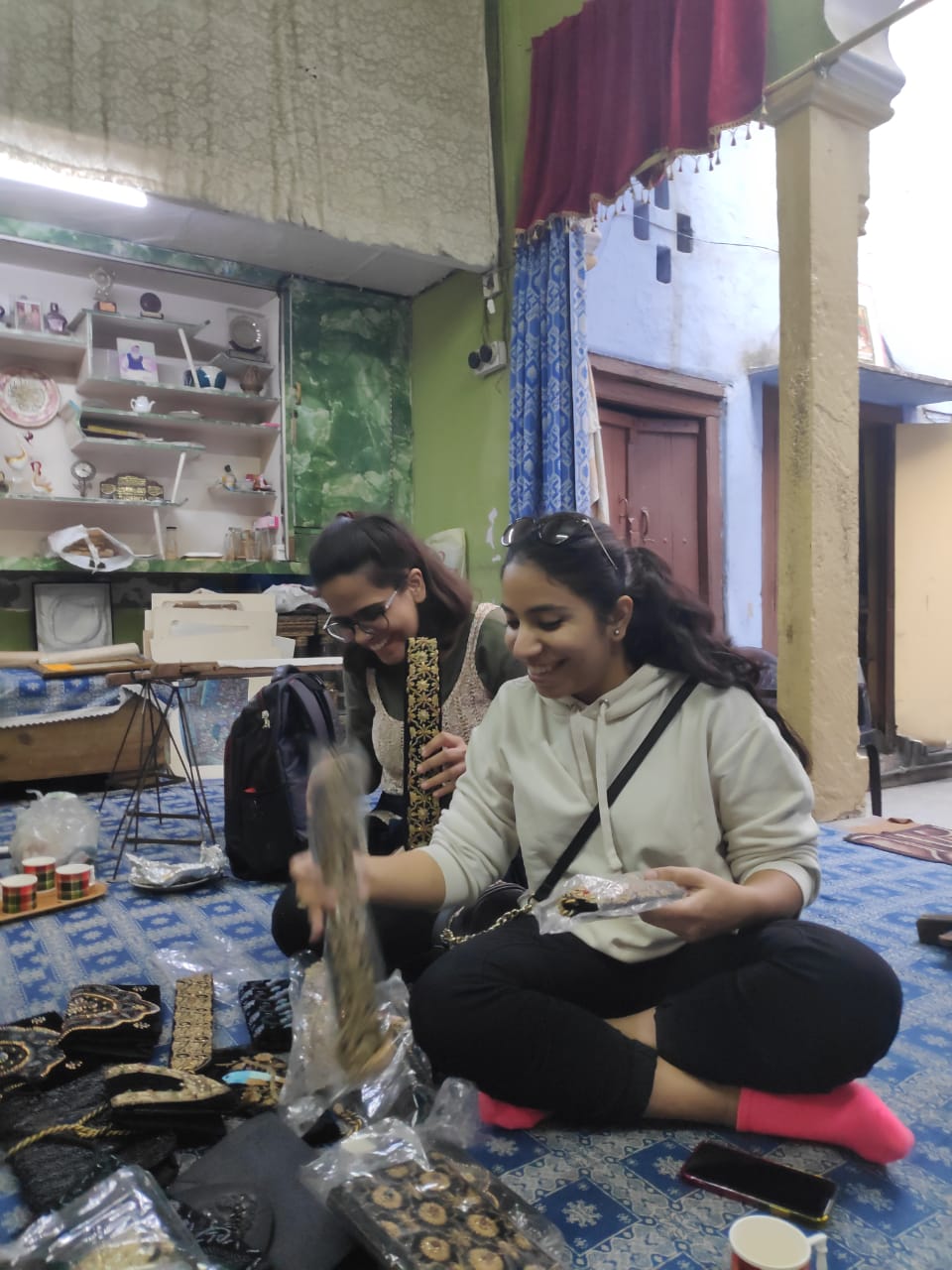 We were joined by an enthusiastic bunch of folks from various backgrounds as TICP team led them through the gullies of Old Delhi for a day filled with learning the basics of  Zardozi from Mehtab Ji, Shahi Biryani made by the generous family of Changezi Ji and shared good vibes over chai and chat!

Old Delhi is a walled part of New Delhi, founded by Mughal Emperor Shah Jahan in 1639 and originally named Shahjahanabad. It remained the capital of the Mughals until the end of the Mughal dynasty and was later rechristened Old Delhi by the British. It offers spectacular pieces of architecture, a mouthwatering variety of food, and a living, breathing slice of history.

The word ‘Zardozi’ comes from ‘Zar’ meaning gold and ‘Dozi’ meaning embroidery. Zardozi gained popularity under the patronage of Mughal Emperor Akbar. Mehtab Ji demonstrated the basics of Zardozi technique beginning by stretching the fabric to be embroidered on the adda, the wooden framework. The tools for doing Zardozi work include curved hooks, needles, salmaa pieces (gold wires), sitaras (metal stars), round-sequins, glass & plastic beads, dabkaa (thread) and kasab (thread). We began by tracing the pattern on the butter paper using a pen followed by transferring the pattern to the cloth. The needle is used to pull the zari or sitaras for the pattern before stitching through the fabric.

Throughout the session, participants were engrossed in the stories of both Mehtab Ji and Changezi Ji – the history of their families and the association of their ancestors with India. This was another aspect of the bonding between the participants and hosts/karigars and the mutual appreciation of the shared history of the continent. After spending a few hours fiddling with their needles, mehtab Ji very kindly informed the participants that mastering the Zardozi technique of needle-holding itself takes his students a few weeks to master. Nevertheless, the participants tried their hand at small delicate icons/motifs and were able to take them as samples of their day’s achievement!

We all gorged on the fabulous meal consisting of biryani, shahi paneer and kheer so lovingly prepared by Changezi Ji’s family for the entire motley. The decadent meal was accompanied by an engaging session of storytelling by Changezi Ji, where he shared his family genealogy tracing his ancestors to the royal courts of Shah Jehan and Akbar! We were shown rare Persian scrolls and records of titles granted to their family as well as a 300 year old copy of the Quran.

As the daylight started waning, we proceeded to thank Mehtab Ji and Changezi Ji for sharing their knowledge, time and stories with all of us. The bustling lanes of Old Delhi were just coming to life around this time of the day and we were taken on a whirlwind tour of the oldest eateries of Chandni Chowk where we savoured some Sheermal, Ras-Malai and Kulfi-Falooda. As people bid goodbyes, we realised just how quickly the day had passed and for almost half-a-day, we listened to the stories of a different era within the homes of kind folks and shared a meal together.

This! This is what a TICP experience is all about – the privilege of experiencing togetherness and shared stories of our cultural heritage! 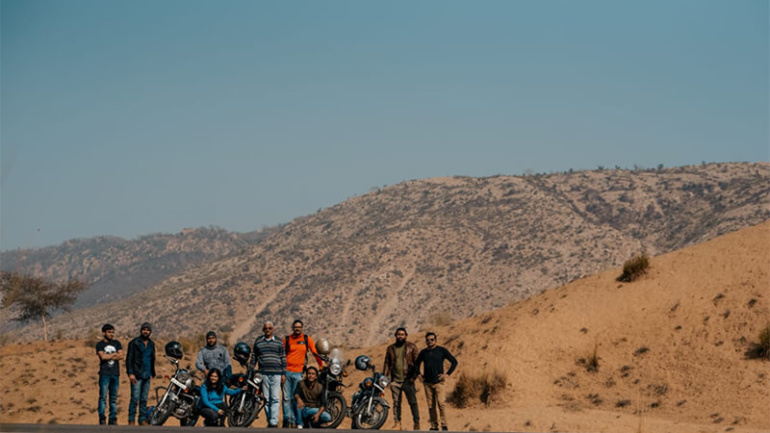